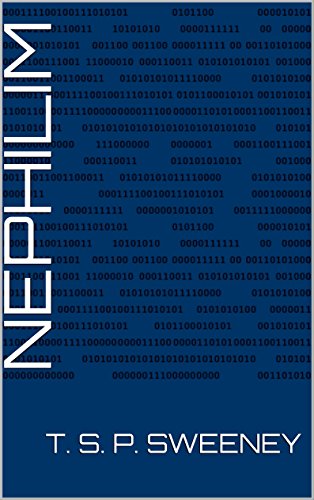 In near-future Hong Kong, a new designer drug has hit the streets, causing unimaginable bliss in some, and psychotic rage in others. Of greater concern to Dantalion – fallen angel and private security for the Pfay-Saxton Corporation – is the fact that this drug has been nicknamed ‘Neph’ and is being peddled by his fellow fallen, seemingly as a trap to draw interest from neutral parties like him. As Dan follows the trail back to its source, he quickly realises he is in way over his head.

There are new players in the eternal war between Heaven and Hell, and neutrality is no longer an option for any Fallen, even one as stubborn and resourceful as Dantalion.

A taut story which has a nice twisted ending, Nephilim reminded me a lot of the indie horror Gabriel, with a tad touch of Tad Williams’ current trilogy. Another shining effort from this collection. – Fantasy Book Critic

[Describing the stories which appeared in the Manifesto: UF anthology] I think my favorite, though, might have to go to Nephilim by TSP Sweeney. – seak, Goodreads

My second published story, Nephilim came out of a desire to continue on with the setting I’d created with Der Teufel combined with wanting to do something quite different in tone.  I did quite a bit of research into angels and demons, drawing upon a few different religious sources and a little bit of rule of cool when I created Dantalion, plus sprinkling in something a bit new with the rest of the characters.  This was also one of the very few occasions where I plotted out the entire story from the start and stuck pretty close to my original vision – in fact, there’s about 5000 words of additional material cut for space based upon my initial outline.

Nephilim was originally published in the now sadly out of print Manifesto: UF (Edited by Tim Marquitz,  published by Angelic Knight Press), my second time working with Tim, and hopefully not the last! Both anthologies were excellent in my not so humble opinion, and it was a great privilege to have my work included alongside that of so many talented people.

I sensed the attack coming a heartbeat before something took me in the shoulder. That was okay. It had, I imagine, been aimed at my head, and only my innate reflexes saved me from a messy, permanent death.

I spun toward Andromalius, raising the shotgun one-handed. The blade that had struck me faded away, ethereal energy dissipating into the night.

Andromalius floated on ragged wings, sickly brown and gray feathers just clinging to raw, bloodied, black skin. There was a faint impression around him, an almost-glow, like a smudge on a camera lens.

A pale green snake, as large as anything you would see on Earth, coiled about his torso and now-whole legs, tongue flicking the air.

Remember when I claimed earlier that guns hold no fear for us? The reason is that mortal weaponry—indeed, mortal anything, from sewing needles to dropped pianos—cannot permanently harm us. For the warriors of Heaven and Hell, injuries heal almost as they occur.

For us, the process is a little bit slower and a lot more painful, but the end result is the same.

To truly hurt an angel one must call upon their own essence, their soul, to use the simplistic term, and weaponize it. For the soldiers in the Eternal War, this is easy to do, for their essence is protected and replenished by the power they fight for and the worship of their followers. For those of us without such … connections … it is a finite resource, a shallow oasis in an ever-encroaching desert. One where use can have deathly serious repercussions for the wielder.

Andromalius must have really wanted me dead.